Disney movies and fairy tales are meant to provide comfort—and life lessons, for little children. But their origins—that is, the fairy tales and myths the scripts are sometimes based on—are sometimes the stuff of nightmares. Surreal, possibly drug-induced, nightmares. Walt and his cronies seem to have a real knack for finding and then sugarcoating some pretty screwed-up stories. After all, in what world does a suicidal sea creature make for good bedtime material? Since we never get any sleep anyway, we took a real deep dive into the background of these horrifying Disney and fairy tale origins. What we found involves murder, sabotage, abuse and a whole lot of poison. 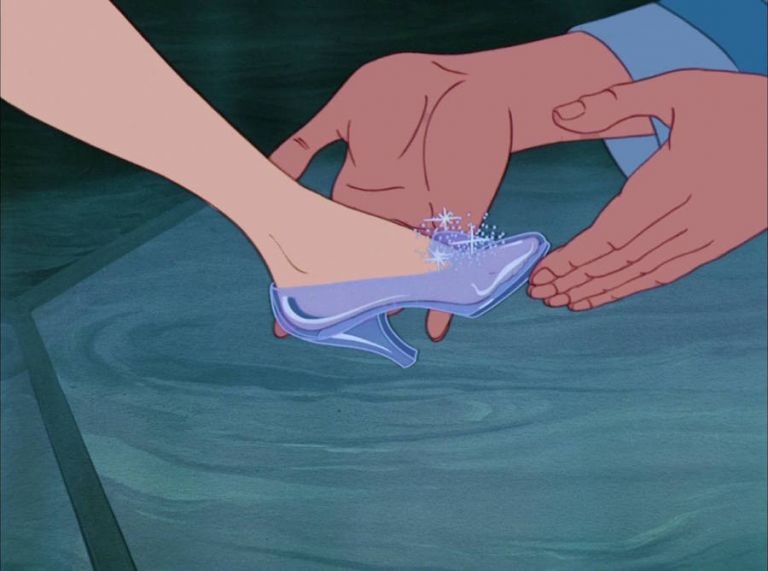 The original Cinderella fairy tale is completely disgusting. When neither of her stepsisters can fit into Cindy’s slipper, one of them cuts off her toe and the other cuts off her heel to fool the prince. Later, Cinderella has her magic birds peck out her sisters’ eyes as punishment for their deceit. Oh, and she also slams the lid of a chest on her stepmother’s neck, breaking it and killing her. Damn, Cinderella, you bad. 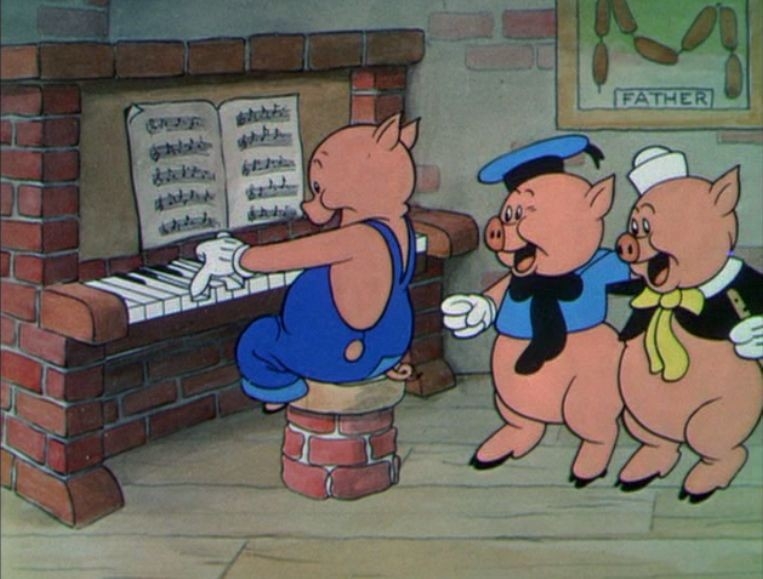 In The Three Little Pigs, once they all retreated to the security of Practical Pig’s brick house, they were shown merrily enjoying their silly piano symphony next to a portrait of their “father,” who was shown as a length of sausage links. 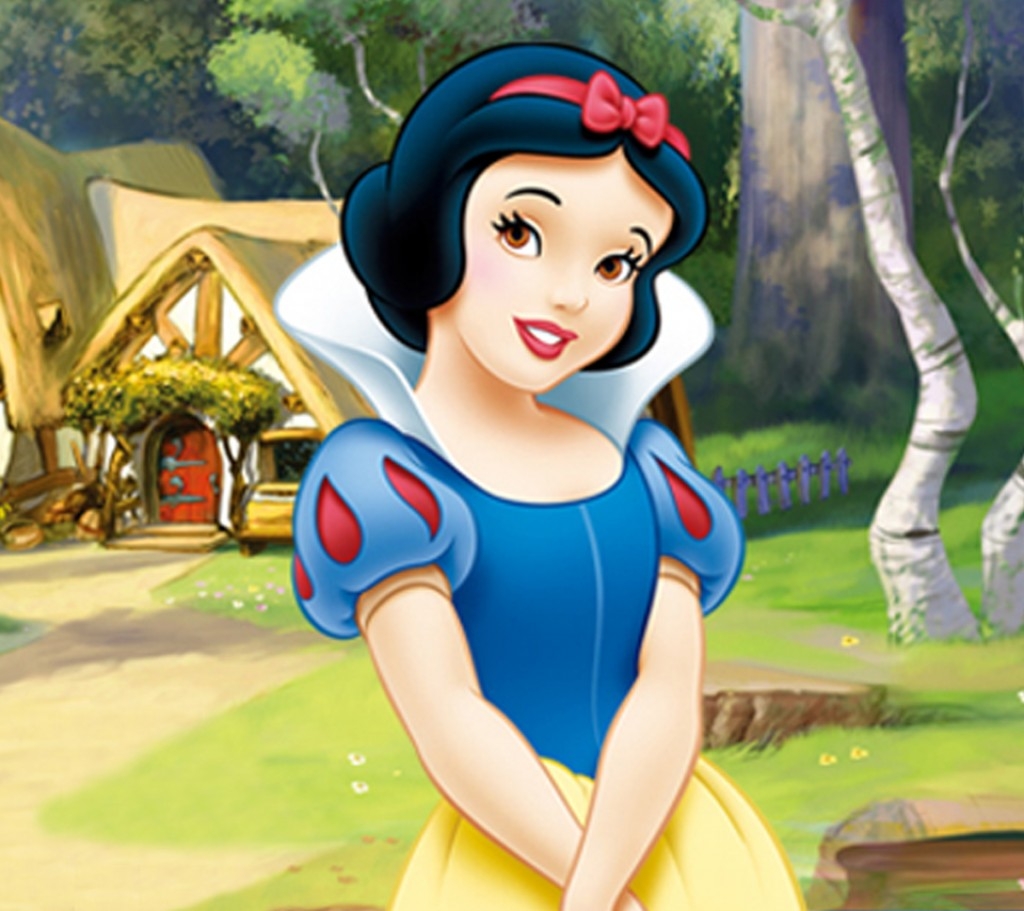 The Brothers Grimm book paints the evil queen as much more goal-oriented; she straight-up tries to kill Snow White twice before resorting to the poison apple. The Prince, who she eventually marries, takes her away while she’s unconscious in a glass coffin (creep alert!), and it’s only a coincidence that she wakes up. At the wedding the evil queen has to wear hot iron shoes and dance until she’s dead. Three out of five on the scary scale, for a very troubling relationship. 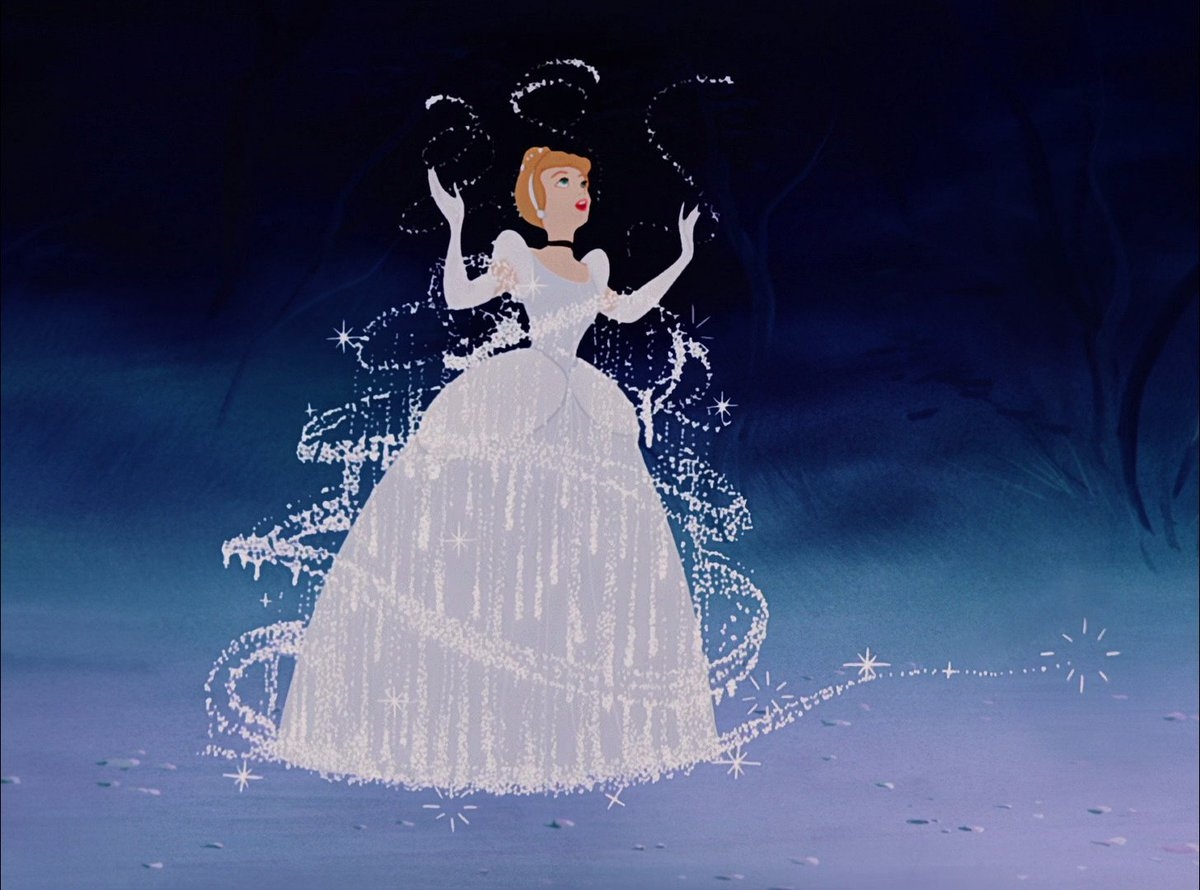 Later, Cinderella has her magic birds peck out her sisters’ eyes as punishment for their deceit. Oh, and she also slams the lid of a chest on her stepmother’s neck, breaking it and killing her. Damn, Cinderella, you bad. 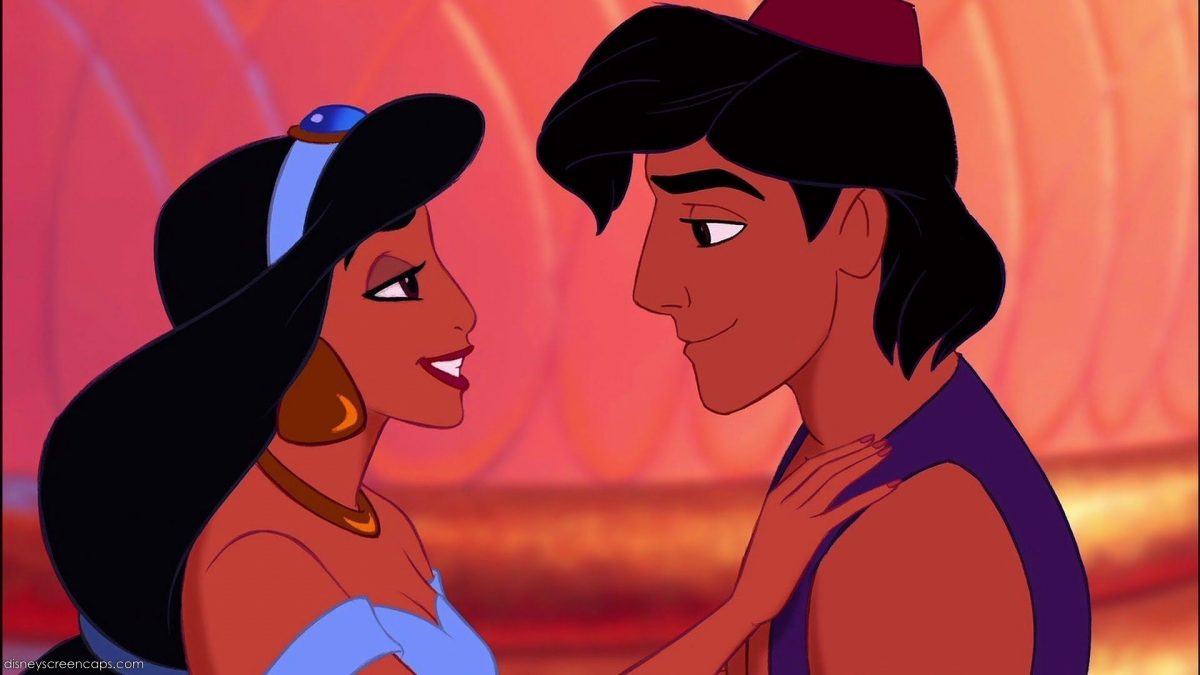 For a guy who tried so hard to shake his “street rat” image, Aladdin (who disguised himself as Prince Ali with the help of Genie) sounded pretty provocative when he was heard whispering “good teenagers, take off your clothes” while attempting to court Princess Jasmine on her balcony during the 1992 animated adventure. Actor Scott Weinger, who voiced the character, has insisted he never said the words so many heard, but the sound bite is still pretty convincing despite his denial. The scripted line for the moment in question was reportedly supposed to be “c’mon, good kitty, take off and go,” which would make sense as Aladdin was trying to get Jas’s defensive tiger guard Rajah to stand down. 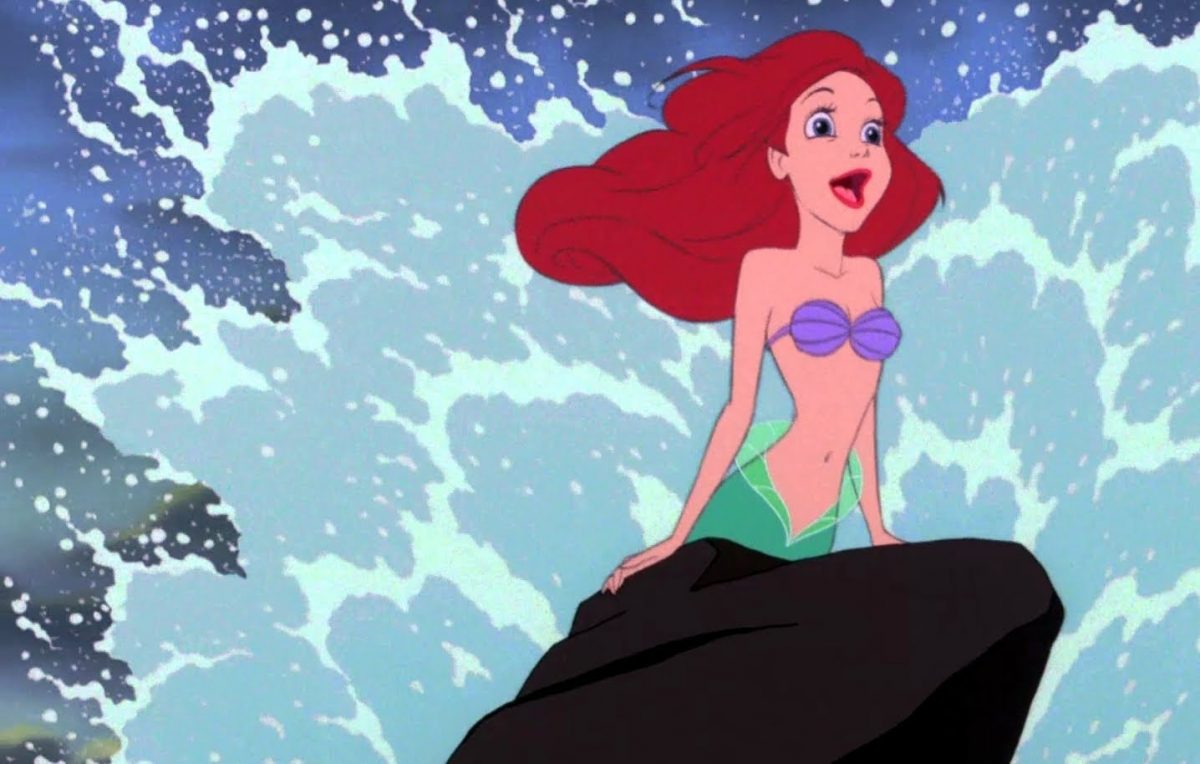 When mermaids die, they turn to sea foam and cease to exist. In the original fairy tale, the prince falls in love with a different girl, breaking the Little Mermaid’s heart. She’s faced with a dilemma: If she slays the prince and lets his blood drip on her feet, she’ll turn back into a mermaid. Ultimately, she can’t bring herself to do the deed, and instead flings herself into the ocean, transforming into sea foam. 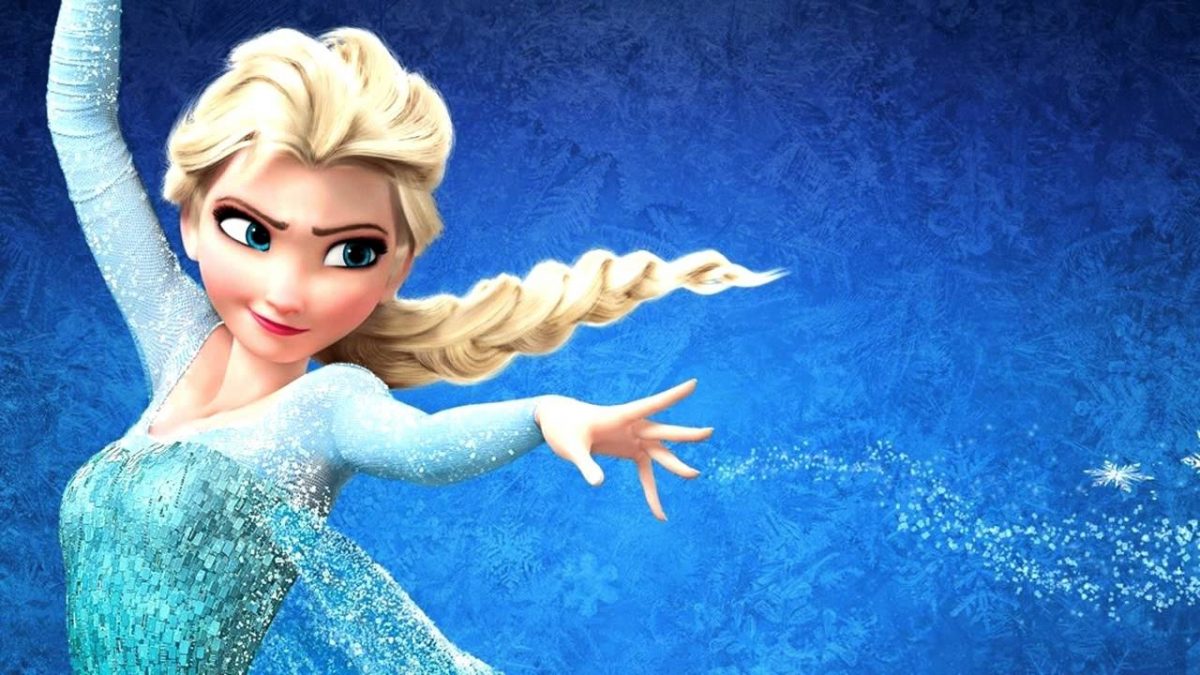 In the original story of the Snow Queen, which Frozen was based on, the Snow Queen abducts a boy. She takes him to her castle and kisses him so that he could forget his home and family.

The Princess and the Frog 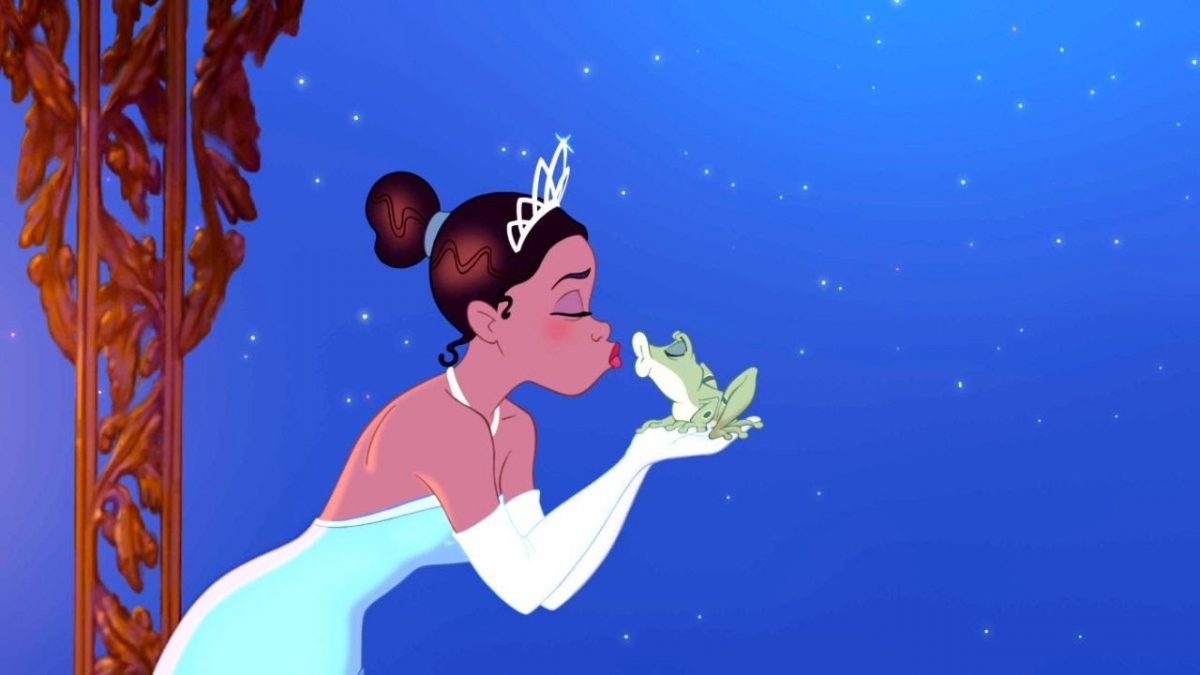 In the earliest version of The Frog Prince fairy tale, the frog’s curse is broken when the princess hurls him against a wall. In some versions, the frog’s head is chopped off or his skin is burned. Why any of these acts would break a curse over a simple kiss is anyone’s guess.

Beauty And The Beast 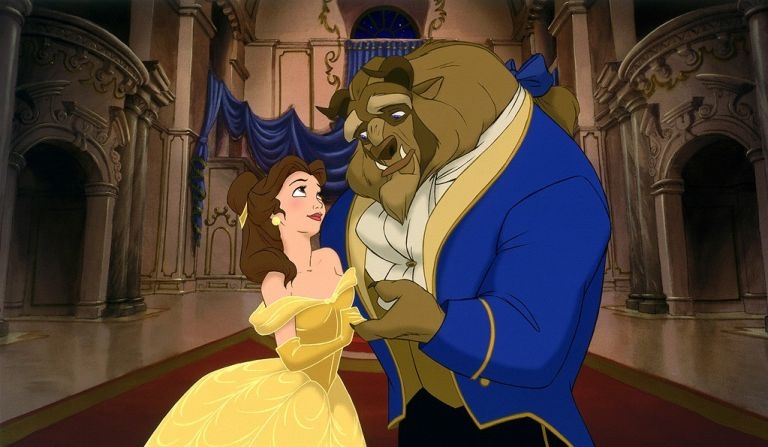 In the original tale, her sisters are jealous of her new luxe lifestyle with ol’ Beasty, as most sisters are when they learn one of their own has been kidnapped, and try to plot a sabotage. In short, it’s to keep Belle from going back to the palace in hopes that she’ll get in major trouble with the beast 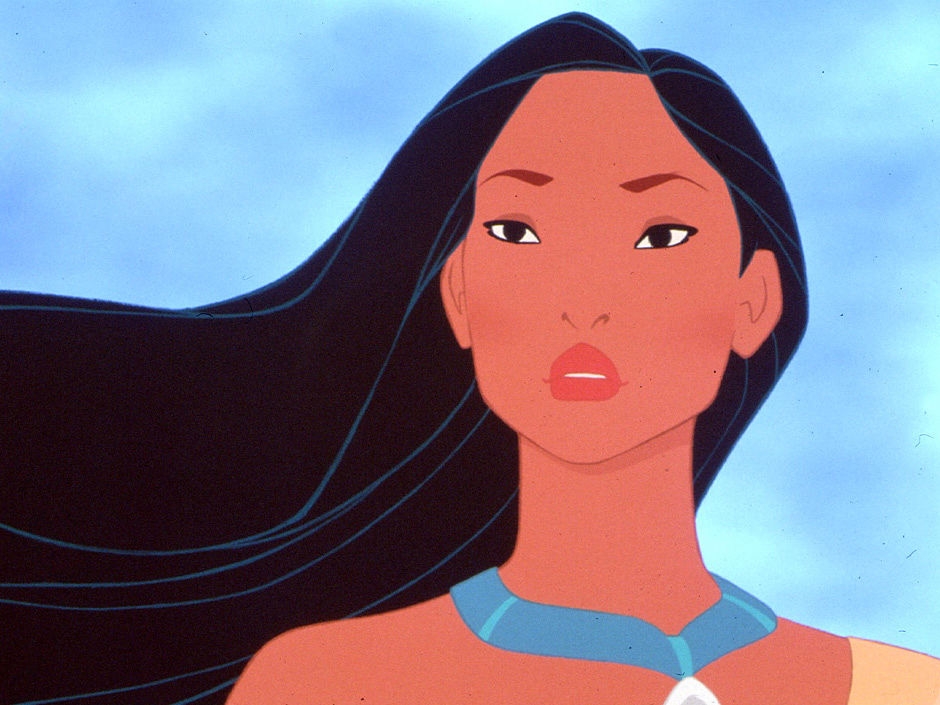 Pocahontas was a real person, and her life was kind of sucky. She kinda hated John Smith, who pretty much lied about everything that happened between them. She was also kidnapped, held hostage for a year, renamed Rebecca, paraded around as a propaganda tool, and then died at age 21. And then her grave was destroyed. But isn’t “Colors of the Wind” a great song? 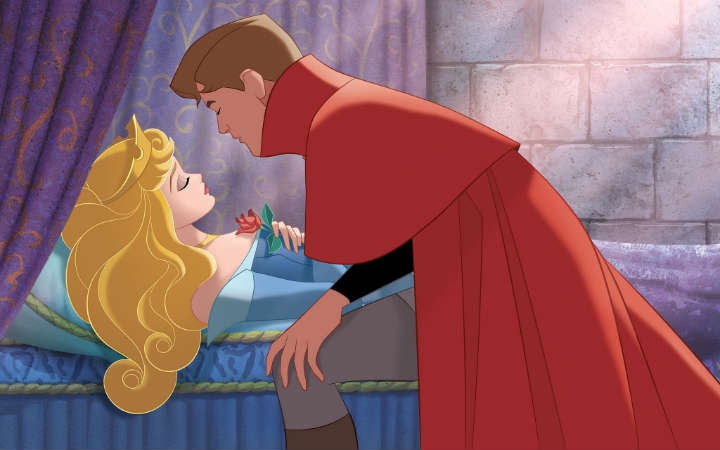 In Giambattista Basile’s 1634 work, the prince is unable to wake Sleeping Beauty from her slumber, which is caused by a flax splinter in her finger. So what does the prince do instead? He molests her and leaves. Sleeping Beauty, still totally unconscious, becomes pregnant and gives birth to twins. One of the twins sucks on her finger, drawing out the splinter and waking his mother. 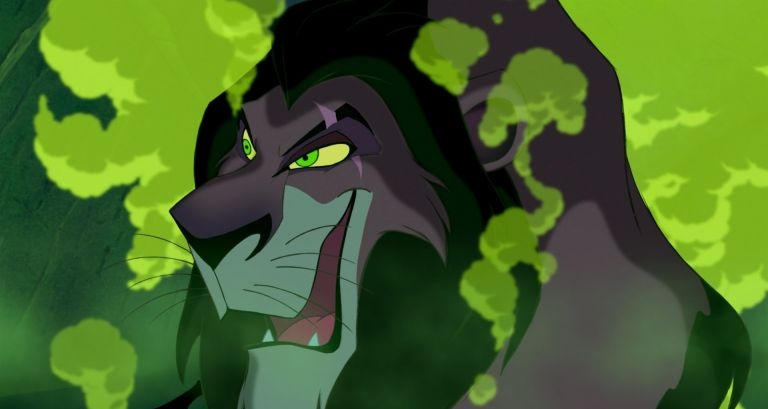 Even though The Lion King is completely plagiarized from a Japanese cartoon, Disney claims it’s based on Shakespeare’s Hamlet — a play in which pretty much everybody dies. In the climax, Hamlet (the character Simba is based on) is stabbed to death with a poison blade. Hakuna matata!