Google Earth is an awesome program that lets you explore every inch of our beautiful planet without leaving your room. That computer program makes a 3D representation of Earth based on satellite imagery, aerial photography, and GIS data and renders it on a 3D globe. People commonly use it to find an address, a hotel, their house, or simply as a pastime when they feel bored. Well, that last group of people sometimes finds some interesting objects on random locations. I mean, who didn’t try to find Area 51 and ended up looking at those circular cultivated agricultural fields in Nevada??! Except for those fields (which are genius), people found strange airfields, stone formations and more.

We have found 12 strangest images that people spotted on Google Maps. 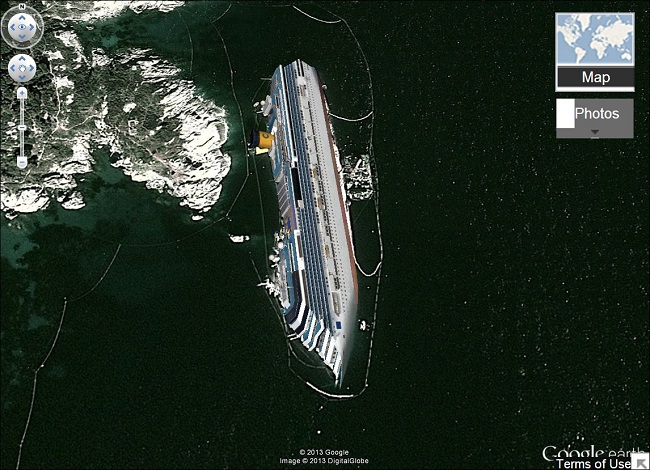 Costa Concordia was the ship that ran aground on a rock off the coast of Tuscany’s Isla Del Gioglio. This incident happened in 2012. The ship carried around 4500 passengers, and unfortunately, 32 of them lost their lives. The captain of the ship was sentenced to 16 years in jail for manslaughter and the wreckage is being dismantled so its parts can be used for scraps at the port of Genoa. 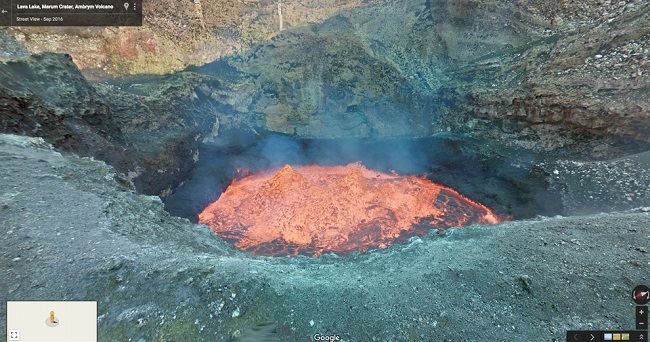 Geologists, seismologists and all kinds of other scientists are usually the ones to study volcanoes. However, no one really dared to make some good birds eye photos of whatever is inside. That is where Google Earth jumps in. The Ambrym is one of the most active volcanoes in the Republic of Vanuatu. 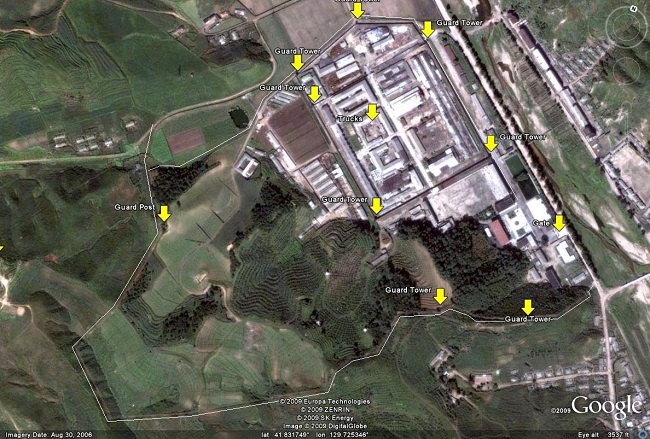 Officially, this labor camp does not exist, and here it is. Someone really tried and eventually found it on Google Earth. Again, allegedly that is the place where the North Korean government sends all political prisoners. 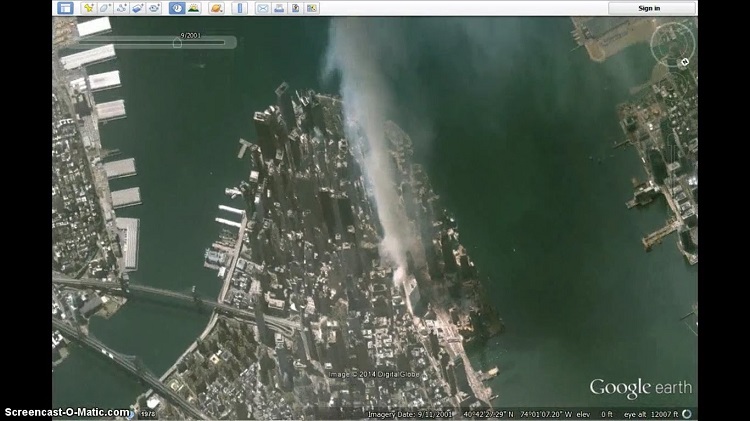 I know that this is an extremely difficult topic to talk about, however, we had to mention it since Google Earth captured that moment. 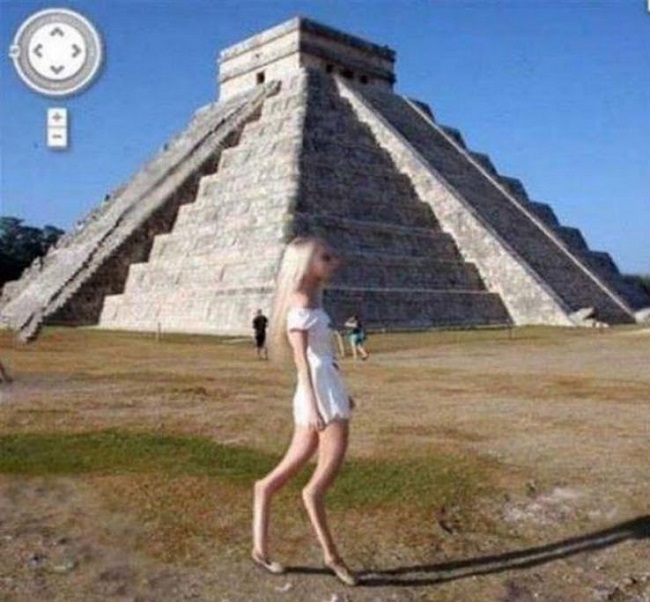 If you start searching for pyramids on the Google Earth and you end up checking out the ancient Mayan city of Chichen Itza, you will probably notice the alien-like woman in front of one of those pyramids. That could be a distorted photo, but it is weird nevertheless. 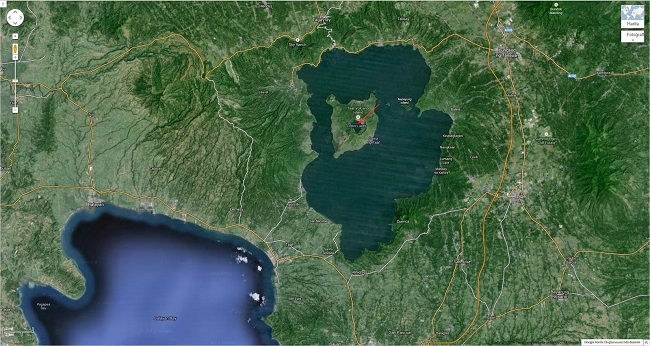 This may be not creepy but it is one of a kind. It is actually a crater lake which is on an island named Volcano Island. That Volcano Island is in a lake called Lake Taal and it is located in Luzon Island, Philippines. 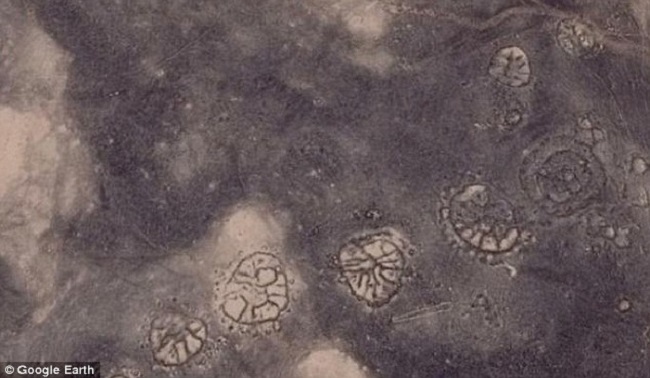 You are looking at the Davis Monthan Air Force Base in Tucson Ariz. If you have ever asked yourself what happens to all the planes that are not fit for service anymore, there you have it. This is the official airplane graveyard. It is on the 2,600 acres and it contains almost all airplanes from WW2 to this date.

The Largest Shipwreck on Google Earth 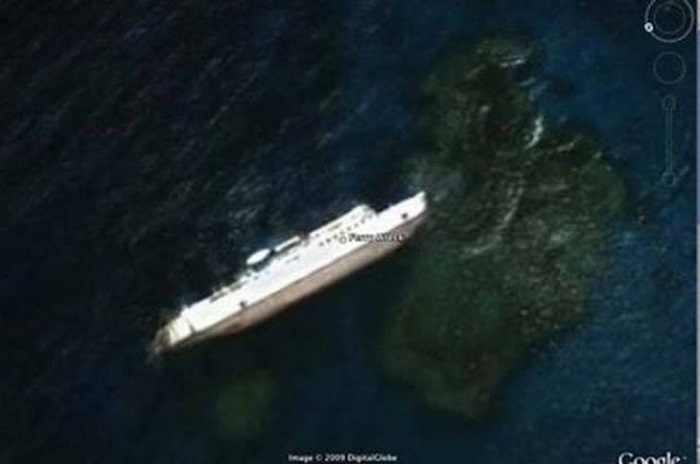 This is the S.S. Jassim. It was a cargo ship that was sailing from Bolivia. It ran aground on Wingate Reef off the Sudanese Coastline. It is now the largest shipwreck you can find on the Google Earth. 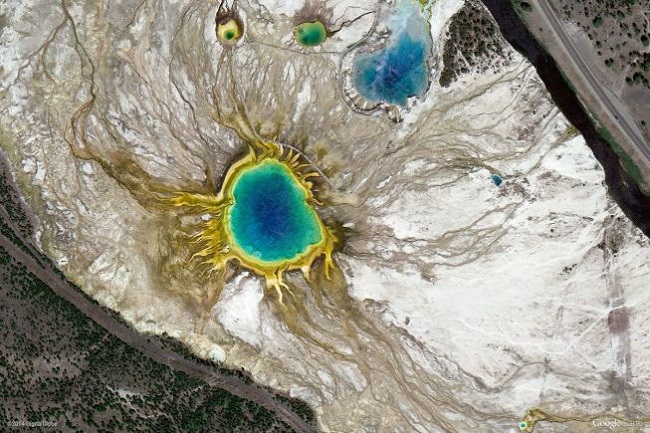 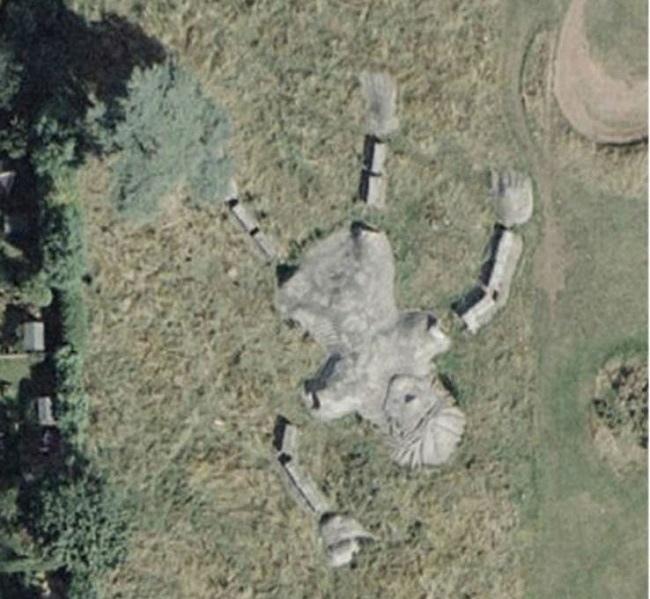 This is not some ancient sculpture. It is, in fact, the sculpture made by Jimmy Boyle in 1976. He was a convict that arranged the sculpture to represent Gulliver. He placed it (with the help of some unemployed people and their families) at Hunters Hall Park in Craigmillar, Scotland.

The Google Street View captured this tiger, roaming freely at Valmont Road near the crossing with 30th Street at the Boulder, Co., USA.

Have you ever found something interesting on Google Earth?