If you want to go on some trip to a distant country, there are some things you need to do first. You need to be insured, you need to make a photocopy of your passport (in case you lose it), make some kind of a first aid kit, pack two pairs of everything you need for hygiene, and a sun cream to protect yourself from the sun. But there are some popular destinations for which you need a lot more. 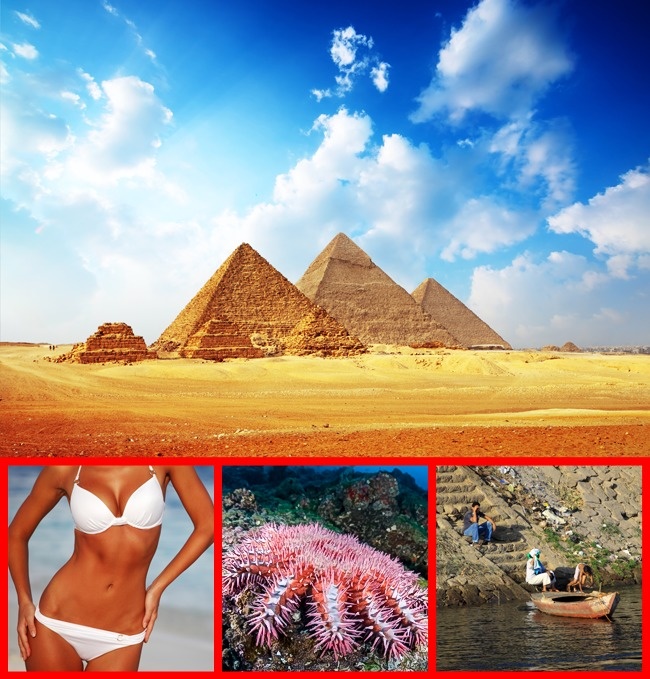 Egypt is a land rich with history and culture. There are dozens of beautiful ways you can spend your vacation there, but make sure to follow some guidelines.
– Egypt is a Muslim country. It is not recommended to reveal your clothes outside of a hotel. It is not like the Gulf States or Saudi Arabia, however, dress code in Egypt for women is considered conservative by western standards. You must respect the culture of your hosts.

– Be careful when swimming in the Red Sea. Its coral reefs are a home to the crown-of-horns starfish. It has poisonous needles which can cause vomiting, dizziness, and skin inflammations. If hurt by it, keep the wounded area in hot water, clean the wound, apply some antiseptic and call a doctor.

– Do not swim in rivers. You can catch schistosomiasis. That’s a disease caused by parasitic flatworms called schistosomes. Symptoms are the Abdominal pain, diarrhea, bloody stool, blood in urine, and it can cause liver damage, kidney failure, infertility, etc. Better swim in a pool, or in the sea. Those warms come from snails which live in a fresh water. And if you find yourself in a fresh water, do not allow it to get in your mouth.

– That brings us to the common illnesses of that part of the world, like hepatitis A and B. That is why it is of great importance to get all the necessary inoculations (tetanus, measles, rubella, diphtheria, etc.). 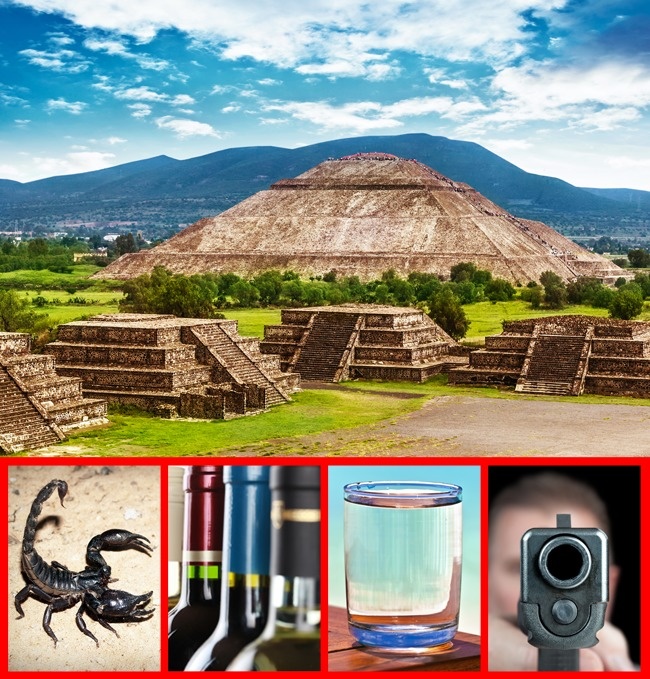 There are lots of interesting things to see in Mexico. There are beautiful beaches, real tequila, and Mayan Pyramids. However, you should watch for your safety too.

– Being drunk on the streets is against the law.
– Lots of scorpions.
– Only drinkable water is the one on the shelf.
– High crime rate.
– Diseases like malaria and typhoid. 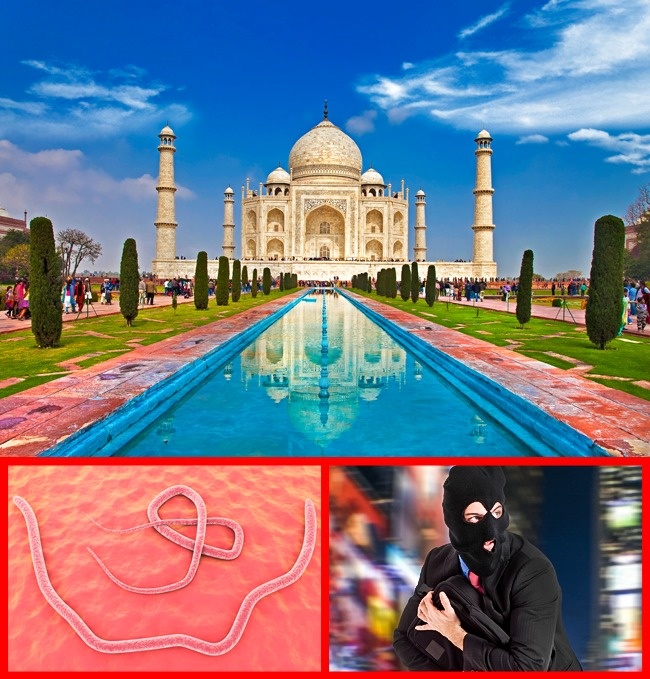 History, culture, food, and ancient architecture are just a few reasons for you to visit India. But there are some unpleasant things too.
– It is not safe for women to walk alone at night because they could provoke sexual harassment on the streets.
– It is advised for women to wear clothes, respectful to the culture of that region.
– Infections are a very common thing. Drink only bottled water and not any water. Find some familiar brands. Get inoculated against hepatitis A and Typhoid. 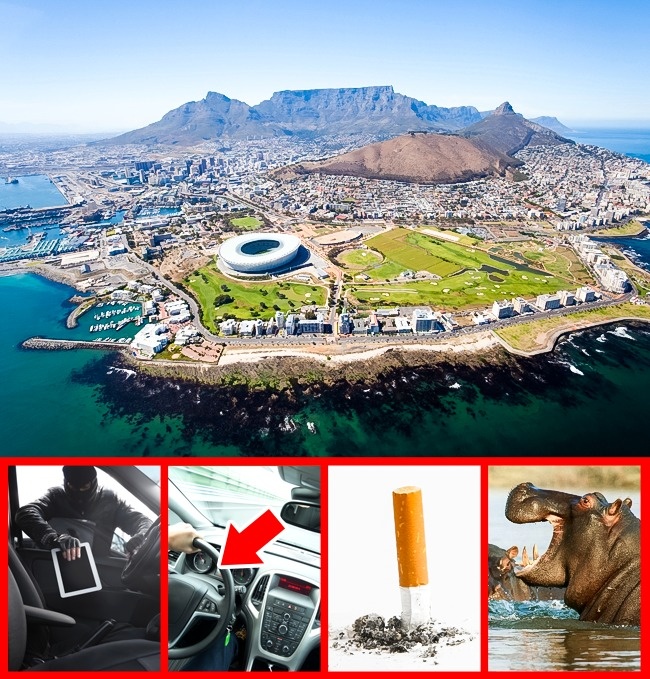 South Africa is a popular place for every tourist that likes nature, culture, animals, diamonds, and history. But, the Cape of Good Hope, Victoria Falls, and Penguin beach are not only things you can expect.

– People drive on the left, so be careful.
– Smoking is prohibited in public places.
– The most dangerous animals that live in Africa are in the region of South Africa.
– Again, inoculation is advisable. There are malaria, yellow fever, and rabies.
– Extremely high crime rate. 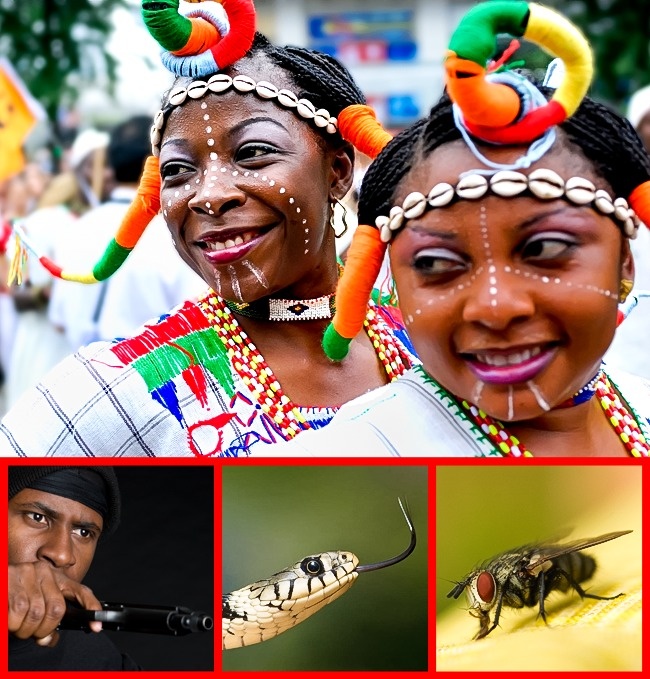 This country has gone through very harsh times. There were independence wars, the slave trade, and revolutions, but it is still a beautiful country with lots of things to see. Lake Chad and Jos Plateau for example.

But there is a very dangerous thing in Nigeria…
– There are many poisonous snakes.
– Be careful when walking barefoot alongside the beaches. There are some species of flies that may lay eggs where ever there is an opportunity.
– There were cases of kidnapping foreign tourists. 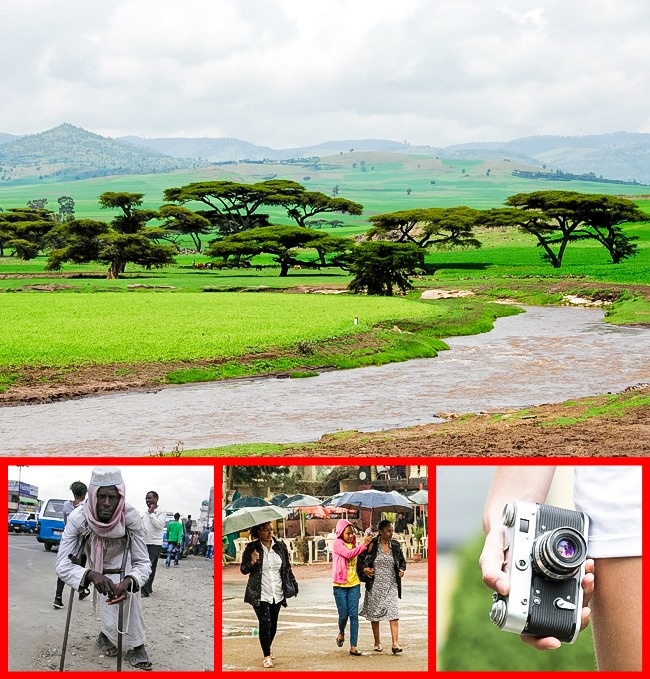 If you go to the national museum in Addis Ababa (capital of Ethiopia), you could see the remains of Lucy (oldest human ever found). But there are still some dangers.
– The period from April to September is the season of rain. Make sure to find out what is the weather going to be like when you arrive.
– Border regions with Somali, Kenya, Eritrea, and Sudan are known for political unrest. Travel in groups and with a professional guide.
– You could catch some illness like Cholera, meningitis, hepatitis, and malaria, so make sure to get inoculated.
– Make sure to ask for permission before you take any photographs. 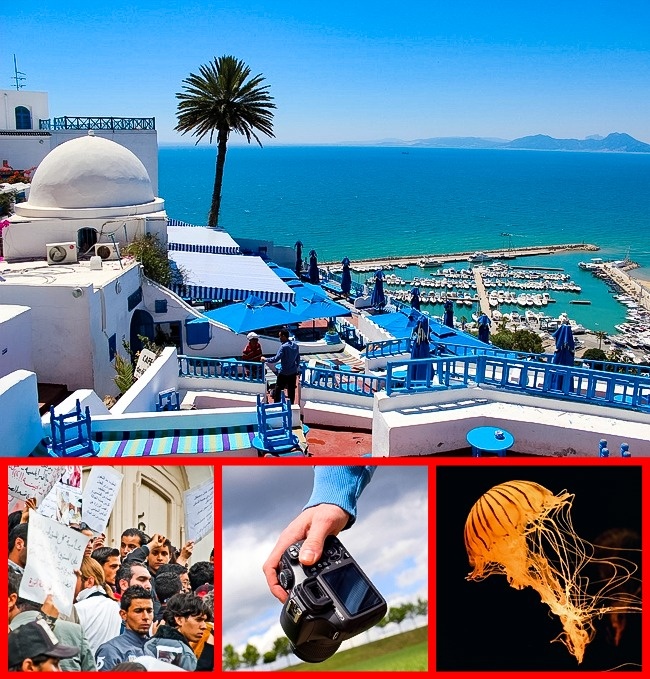 Tunisia is one of the most popular places on the Mediterranean sea. But there are lots of things behind the curtain.

-Political instability – so you can see political marches here and there.
– Make sure to ask for a permission to take photographs of towers, military objects or bridges.
– Again, inoculation is highly advisable. Danger from hepatitis A and typhoid.
– Lots of jellyfish in August. 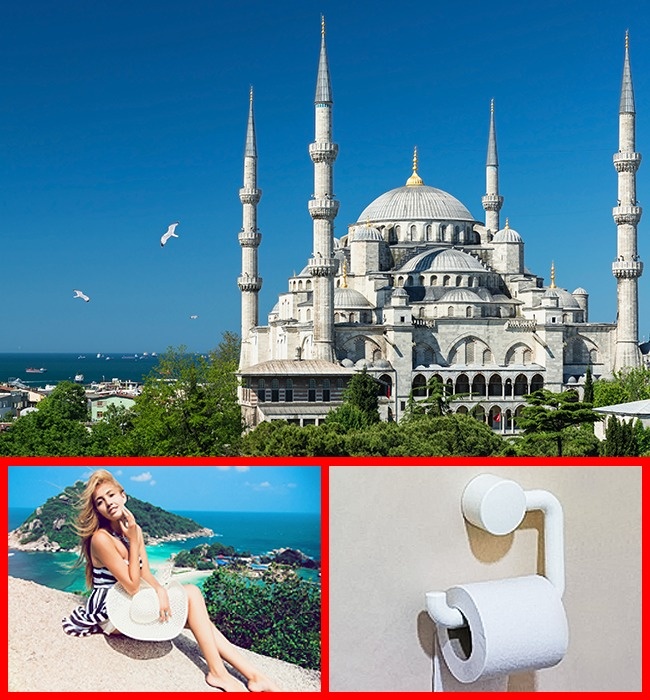 Beautiful country but there are problems…
– In some places, women shouldn’t leave their hotels without someone with them. They should also avoid going out with some revealing clothes.
– And make sure to have a toilet paper where ever you go, because there are toilets with just a hole in them, and without toilet paper (it is a custom to wash your private parts after… (you know) the job is finished.

In Colombia, you could see the Tayrona National Natural Park, San Andres, Salt Cathedral of Zipaquira (subterranean cathedral with guided tours), or Gold Museum in Bogota (that is a modern museum for pre-Columbian gold). But there are also some dangers.

– First of which is a high crime level. It is highly advisable to use only official taxi operators (not private) and to call for a taxi, and not just stop it on the street. You could get in trouble…
– Waters of Colombia are a home to piranhas, poisonous frogs, and sharks. Ask locals which beaches are safe, and which ones to avoid.